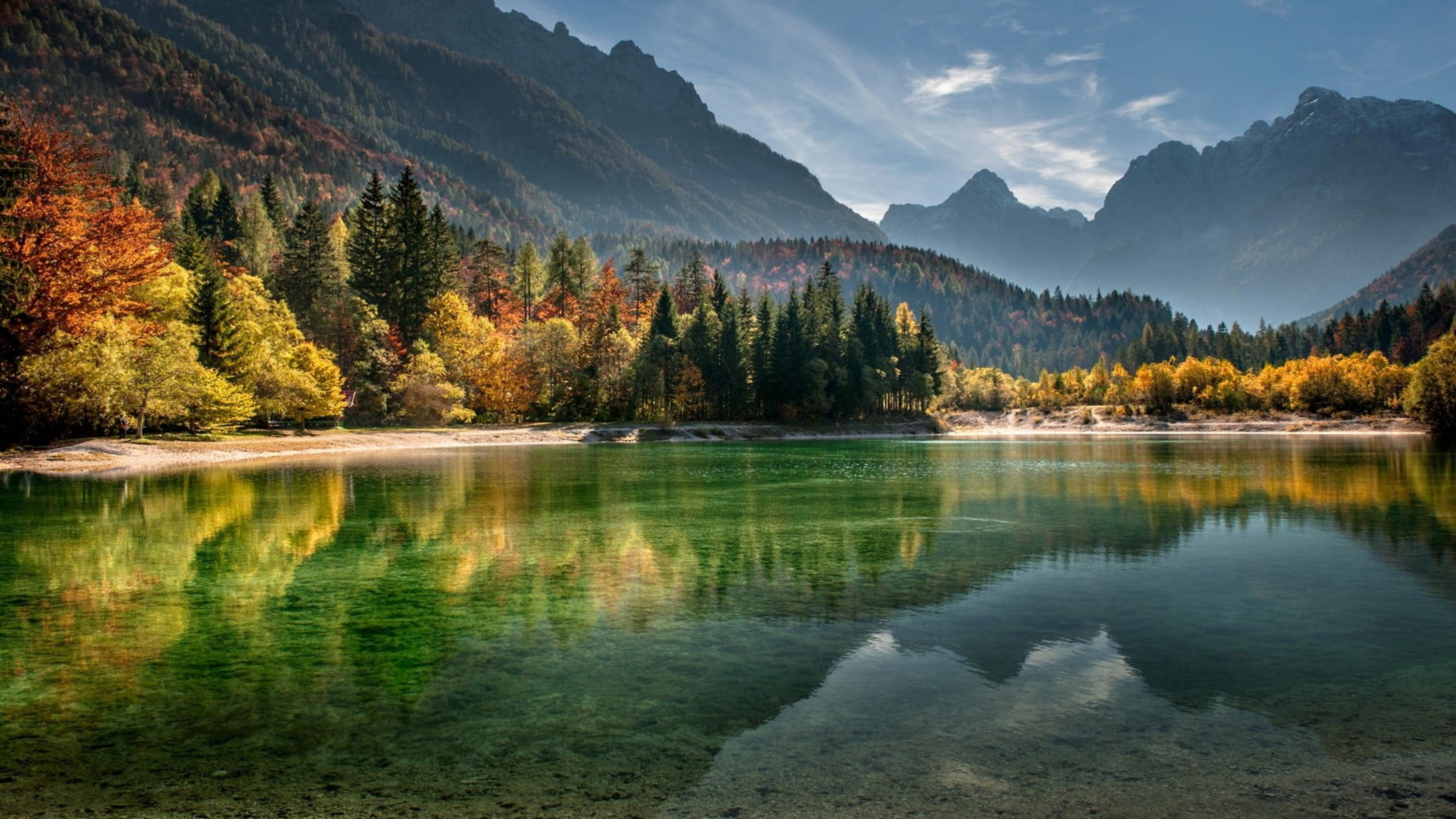 Seasons are the natural global earth clock and the rhythm of the world. Equinox and solstice make the two main divisions of the seasons, which further divide into four seasons. The same seasonal phenomenon is found inside the body of each being living in this world. Tibetan Medicine and Buddhist tantras explain that the external seasons exist because of the solar and lunar systems. Similarly, the internal solar and lunar channels reflect the phenomenon and give the internal seasons. Most people know the seasons, but few of them know their effects on the body/mind and their prevention. However, the external earth rotation is the life of the earth, and wind is its breathing. Temperature is its life energy, and beings its products.
The temperature and wind make the world move around the sun. Through the changes between earth rotation and sun, the temperature increases or decreases, producing the four main seasons of spring, summer, autumn and winter.

In the Tibetan medical system these four seasons are furthermore divided into six. Each season has two months. They are called dhue-tsig in Tibetan, which means ‘joints‘ or ‘part of time‘. The six seasons concept is related to the changes of the subtle elements energy and qualities of body and food items into other qualities, according to the season dominant element. The detailed information and the rotations of the sun, moon, earth and their influence may to be learned from the traditional astrology and astronomy systems. A difference of roughly fourty-five days, or even sometimes two months (e.g. 13-month year), can be found between the Gregorian and Tibetan calendars as one is based on the sun and the other one on the moon. Therefore the Tibetan spring season usually falls around the middle of February (see the table below).

In short, the increase of earth temperature is called ‘spring season‘ (which traditionally means the beginning of the earth life) and the peak of temperature happens in summer.
Maturation or fruition of trees takes place in autumn and sleep or energy concentration inside earth is called winter. Their reflection can be found in all aspects of living and non-living beings. For instance, rebirth, adulthood, aging and dying are the beings’ natural phenomena similar to the four seasons; this is the natural evolution of the macrocosm and microcosm. Therefore the seasons’ influence on human beings and quality of the food is powerful. It can vary the body constitutions, pathology, and symptoms. In Tibetan medicine, seasons are regarded as one of the fundamental factors in etiology and pathology, and a powerful instrument in the prevention of diseases.

The six seasons (each having two months), or twelve months, are related to the earth, and the twelve zodiac houses are related to the sky. They are the cosmic clocks. Seasons naturally influence the human body and make diseases appear and spread under three aspects or stages: the disease may increase (accumulation), show symptoms (manifestation) or decrease (pacification) under the seasonal influence. (see the table below)
The human beings’ lives are ruled by the seasons, as the seasons’ power and temperature automatically change the natural low of the body. By being the time cycles, seasons bring birth, life sustaining, aging and also death. With the proper knowledge on seasons, one can follow the right way of diet and behavior that can harmonize and maintain a stable health. Especially, the constitutional disorders manifestations will decline by following the correct diet and behavior. Therefore, according to Tibetan medicine, an adapted seasonal behavior is very important for preventing diseases, harmonizing the humors and re-equilibrating the energy cycle in the body. For instance, the winter season of year 2006 is already delayed and that will probably provoke some disturbance of health, rhythm and organs functioning.

The natural law of seasons and health

Two seasons have opposite forces, and two seasons have a neutral energy.
Summer should be hot in general, and winter should be cold. This is the natural phenomenon that is reflected in the internal body temperature changes and which could bring a better health by expulsing or concentrating the body energies and toxic products.
Spring is the waking up from the deep winter sleeping and the increasing of heat that melts the frozen Phlegm. Autumn begins to increase the external cold and concentrates the heat by expelling the bile energy. These two seasons, through the two equinoxes, make then heat and cold cycle, and maintain a balance of energy and humors, as well as the sustainment of the psychic equilibrium. 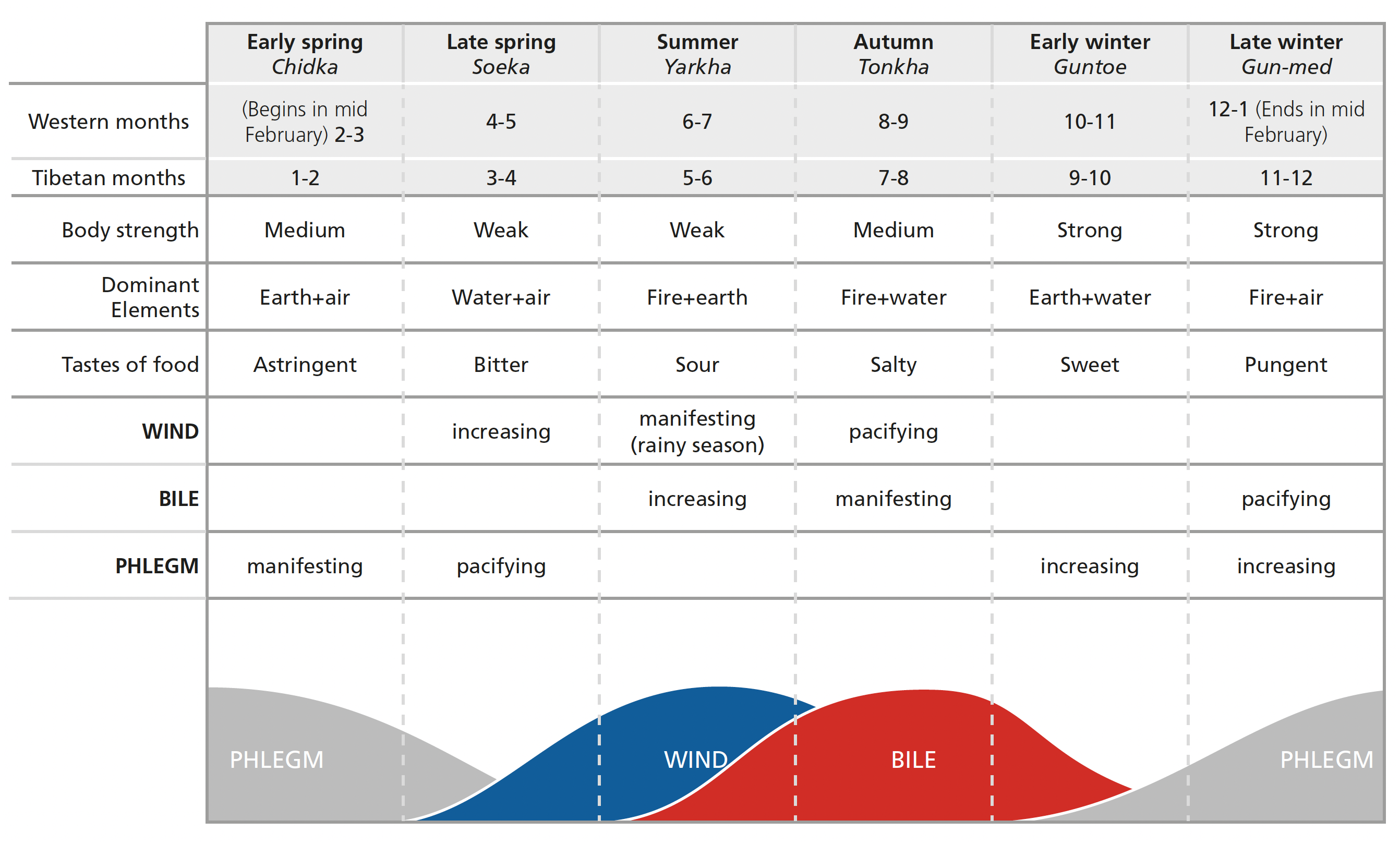