Interview on cleansing and rejuvenation 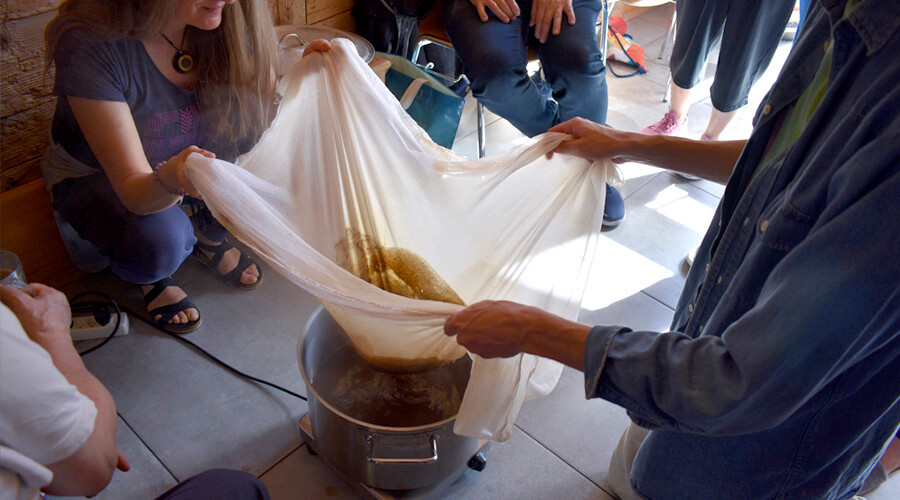 An interview with Dr. Pasang Yonten Arya on cleansing within the context of traditional Tibetan Medicine, as well as his personal thoughts and experiences on its relevance and suitability to modern day living. This is followed by some comments from a few of the participants of the cleansing workshop held in June, 2019.

In Tibetan medicine, “cleansing” is more than the occasional colon cleanse or colonic irrigation, especially popular here in the west to regenerate the body at times, such as after a season of excessive consumption of sumptuous holiday fare. Drug stores carry many different colon cleansing product options, with varying application methods for the purpose. In Tibetan medicine however, “cleansing”, means cleaning the entire digestive system: stomach, large and small intestines, not just the colon. This is not surprising given the emphasis that Tibetan medicine places on good digestion and the proper functioning of the digestive organs as being the basis for good health.
I was extremely fortunate this year, to have been able to attend a week-long workshop on cleansing and rejuvenation in Switzerland, led by my teacher, Dr. Pasang Yonten Arya. It was a first time cleanse for me, but it will definitely not be the last!

Can you tell us briefly about the traditional practice of intestinal cleansing and how it is used in Tibetan Medicine? Also, can you share any thoughts and experiences with us on cleansing?

Intestinal cleansing therapy in Traditional Tibetan Sowa Rigpa medicine is called “Shel” (bshal), which means washing or cleansing meant to Tibetan medicine it is purgative therapy. Shel therapy purges the disease of the humors, food residue toxins, and cleanses the digestive organs, especially the intestines. Traditionally, Shel therapy is used to clean the fever, chronic fever, food poisoning, infections and inflammation, etc. It is also used to clean and purify the residues of medicine and disease after strong treatments, indigestion, chronic digestive diseases, and related intestinal obstructions. Shel therapy is of fundamental importance in Tibetan Sowa Rigpa medicine, where it is said in the Indigestion chapter:
“The cause of all internal or metabolic disorders manifest from the indigestion”

Generally, Shel therapy is the first step, or preparatory therapy, to clean the internal digestive organs prior to the start of a treatment regimen, so that it may be more effective. But purgative therapy is also one of the most important therapies to clean and expel the disease from the body. Therefore, it belongs within the therapy grouping, and there is a chapter dedicated to Shel therapy in a subsequent tantra. The chapter explains in detail the preparatory work and gives a basic Shel formula with thirty different options for additional formulas khagyur sumchu (kha bsgyur sumcu) to cure many different diseases.

The causes of disease can be thought of as endless. However, it is a fact that many health problems are caused from bad digestion and excess deposits of gross and subtle toxins (snyigs-ma), like uncleaned sewage, in organs and body constituents. The blockages associated with foreign agents (parasites, virus etc.), or without, may become the causes of disease ranging from serious to minor, that is, from tumors to constipation. Tibetan medicine says, “all internal disease is caused from indigestion”, including for instance, in my understanding, many of the classic modern chronic diseases such as atherosclerosis, diabetes, leaky gut diseases, and chronic auto immune diseases (chronic hidden fever diseases), including arthritis, rheumatism, skin disorders as well as other complaints such as depression, melancholy and mental instabilities. 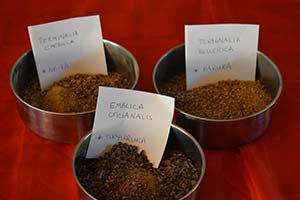 There is one basic traditional Shel Formula which may be varied or changed by the addition of ingredients, to suit the nature of the disease and to treat different diseases of the vital or hollow organs. Unfortunately, some of these traditional ingredients are classified as toxic substances according to western medical standards, and may not be used even after they have undergone detoxification using traditional methods. Being unable to use Shel therapy has meant the loss to Tibetan medicine of one of its important basic healing practices. The concept can be stated as follows:
‘Poison diseases should be killed by poison itself.’
This means that when body toxins turn into poison and kill the healthy body, then what is needed is to use toxic substances to kill the poison. However, it is not possible to put this into practice in the west at the moment.

For medical practitioners, whether science of holistic based, the lamentations of the sick can serve to fuel the tiring search for a remedy for chronic diseases, along a road littered with many roadblocks. Still, I put my mind towards finding a formula that would be digestible, non-toxic, that would clean and purify the toxins, which healthy people could use for prevention, improving the body’s humor function and immune systems etc. This matter of not only finding a therapy to heal disease but also, more importantly, to prevent it, has occupied my mind since the 1990s. It was also necessary to find some non-toxic ingredients to use as the base. While there are a number of cleansing and purifying formulas, many of them are unsuitable. With time, I finally found ingredients that are non-toxic, effective, and available.

By modifying the Dresum formula and adding some extra ingredients, I discovered a formula that was safe but capable of cleaning three digestive organs, liver, blood, Bile and lymph fluid etc. The formula called “Dresum” is prepared from Terminalia chebula, Terminalia bellirica and Emblica officinalis. I then added some purification ingredients with medicinal properties that have a long track record for safe consumption. This practice I have labeled with a new name: ‘Tibetan body mind cleansing therapy.’

Terminalia chebula is called “Arura” in Tibetan. It is praised for having powerful healing effects, and it is said that, ‘it cures all disease.’ It is therefore called “King of medicine and is traditionally depicted in the hand of the Medicine Buddha. The other two ingredients are similarly effective in that they cure Bile, blood, and lymphatic disorders or Phlegm humor disorders. The “Three fruits”, as they are called, are especially effective in cleaning the body Bile, blood, chuser (plasma), and lymph, as well as calming down the mind and keeping the body mind in balance. I believe that it is the impure fluid in Chuser that becomes the main cause of internal and external inflammations. Therefore, Dresum is one of the basic ingredients that clean the impure toxic substances of the body through this cleansing method.

The additional ingredients, Cassia fistula fruit pulp (Dong ga), cures liver and Bile disorders and cleans the intestine, while Rheum officinalis root (lcum rtsa) removes the food residue or waste products left in the digestive organs. The practice is supported by Aloe vera/ Aloe Barbadensis (gzhon-nu ma), pure juice which cleans the organs.
To gain optimal benefit, cleansing should be performed in a retreat environment, where participants practice Medicine Buddha healing meditation, recite his mantra, and do Naropa’s six yoga luejong exercises in the morning. Once the preliminary practice is complete, then cleansing the body mind starts. After the cleansing, body becomes pure, free from gross toxins and feels like a lighter body, more calm and serene, mind finds a chance to balance, is better in meditation, with none or less of a desire for unhealthy food, etc., so there is a good chance to prevent or to change body mind unhealthy life styles, into a positive life.

For the last twenty years or more, I have performed the Tibetan body mind cleansing for students and others at least twice per year. This experience has given me a solid foundation in body mind cleansing and disease prevention as well as the handling of any subsequent digestive problems or other undesirable effects.

I have written a detailed instructional booklet with guidelines, on ‘Tibetan body mind cleansing.’ However, anyone who is interested in the practice should first of all receive the cleansing at least twice or thrice from an expert in the cleansing practice before performing by him or herself at home.

Do you believe that cleansing is still a useful practice for people living in modern day society?

Certainly, as mentioned above, if it is as I make it: digestible, safe and non-toxic, it is suitable for modern day people to drink. I have been making cleansing retreats for more than twenty years now, and can see its healing benefits and the prevention of many problems. Besides the digestive organs or intestinal cleansing, it provides good healing for many metabolic disorders such as coughing, breathing troubles, back and shoulder pains, sleeping and head aches, rheumatism, skin disorders, to name a few.

I believe that people living in this modern day are well informed about general health issues and causes of the disease, yet on the other hand, they remain uneducated on many things. While they all know very well about the dangers of a stressful life-style, and living with artificial and adulterated food and environmental pollutants, they are not fully aware of how much the body absorbs these things, the damage caused to the inner body environment, making the immune systems confused and weak, and that many ailments remain undiagnosed and untreated. What is crystal clear to me is that the body needs to clean the toxins at least twice per year in order to balance the body and mind, and emotions as well. This is powerful to fight against disease.

What would you say to someone who has never done a cleanse before and would like to try at home?

As mentioned above, anyone who is interested in doing this should first learn from an expert how to collect the ingredients, then cleaning, mixing, preparation and serving, then also how to administer etc. Also, they should learn the preliminaries of meditation, yoga exercise and visualization etc. which are all essential parts for the body mind to function optimally. Without the benefit of the experience of cleansing at least two or three times with an expert, it may not be a good idea to try at home alone.